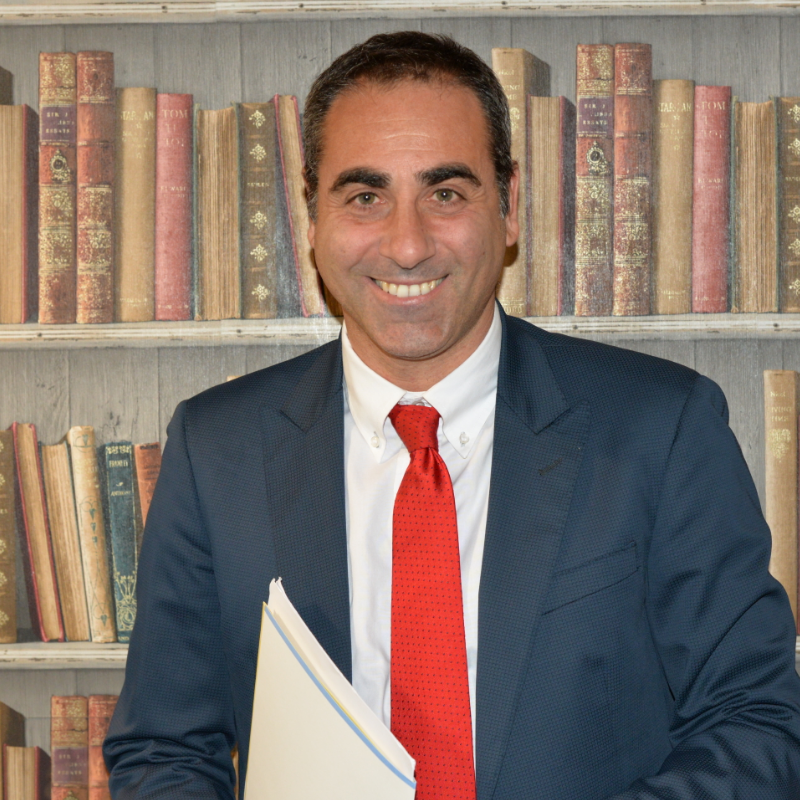 Specialized in Civil Law; of the Family and the Minors, I graduated in Legal Sciences at the University of Salerno with a thesis on Administrative Law in 2002 in "Right to access the reserved acts of P. A.";
during forensic practice, I held the position of Head of the Legal Department of the Port Authority of Venice as a Complementary Officer of the Italian Navy from 2003 to 2004, today on leave with the rank of Lieutenant of Vascello;
qualified as a lawyer, I have been registered with the Salerno Bar Association since 2004;
engaged in forensic politics, I was one of the founders of the National Association of Practitioners and Lawyers (ANPA) before playing the role of National Counselor of the Italian Association of Young Lawyers (AIGA) from 2007 to 2012;
with direct nomination of the President I was Substitutive Sports Judge of the Campania Regional Committee of F. I. G. C. from 2004 to 2015;
founding partner of the Studio GM & S Legal Consulting of Milan of which I am the head of the Civil sector since 2010;
qualified as legal counsel for the Superior Magistracies and Court of Cassation since 2016;
appointed Professor of the Department of Legal Sciences at the "Luigi Vanvitelli" University of Campania in 2017;
qualified for the management of business crises from over-indebtedness with a specialization course at the "Luigi Vanvitelli" University of Campania in 2017.
Share on Facebook